Profane and sacred songs from the Arab world 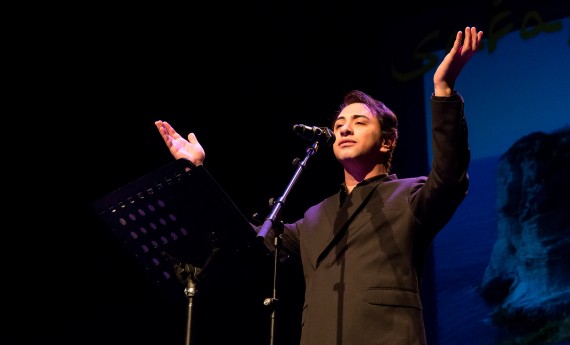 This course is presented as a grand musical tour where experienced singers, participants with knowledge of music theory and music lovers will set out together to discover a repertoire rich in history.

Anass Habib was born in Fez in 1980 into a family of musicians. From the age of five, he was singing classical Arabic melodies and gave his first public solo concert at the age of 12. After his studies in Morocco at the Universitý and at the Conservatory of Fez, Anass went to Syria where he perfected his singing with great Masters of Damascus and Aleppo such as Safwan Abed and Said Kotb, Ghada Shbeir in Lebanon with whom he practiced Syriac songs and then Sister Marie Keyrouz in Paris. Similarly, Anass graduated from Cefedem Rhône-Alpes in 2014, and is a certified teacher of traditional music. He currently lives in Lyon. His repertoires pass through many countries and civilizations, from the great Lebanese diva Fairouz to the Egyptian Oum Kalthoum, from the Syrian Sabah Fakhri to the Lebanese Wadih al Safi, from Sufi poems to the Maronite songs of the Christians of the Middle East and the melodies of medieval Andalusian and Sephardic songs.

Carnatic music is considered one of the most ancient music systems in the world. It is a learned music that is full of emotion and involves a lot of improvisation.

Rubab and music from Afghanistan

Of Pashtun origin, the rubab (or rabab, robab) with its unique sounds is an instrument of choice in this area to accompany Sufi poems and popular songs.

Private or video lessons on request

Viviana sees Oriental dance as a unifying force in its traditional form, because it touches upon one’s deepest being. The dance remains both sacred and feminine for her. She recognises the therapeutic powers of dance and it is with this in mind that she transmits her knowledge.

Indian Classical Music is so rich that every human emotion, every restrained feeling in man and nature can be musically expressed and experienced.