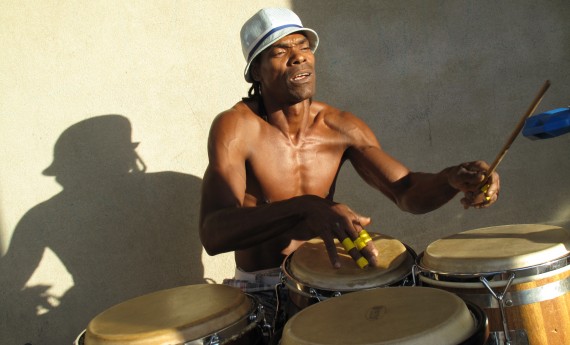 In both of Reinaldo’s classes, he teaches different ways of approaching Afro-Cuban music. Students can combine the complementary percussion and song lessons, which are taught one after the other on Wednesdays, for a more rounded experience of the music. Flecha has already been teaching Afro-Cuban dance for many years within the Ateliers d’ethnomusicologie.

Born in 1968 in Havana, Reinaldo Flecha began his career in the group Combaye. In 1989, he became professional with the folk group Raices Profundas, directed by Juan De Dios, and subsequently went on tour with them in Mexico. Numerous experiences with reputed groups like Mulemba, Conjunto de Danza Nacional de Cuba and Conjunto Folklorico Nacional de Cuba were to follow.

Since 1993, he has been working as a dancer, singer and percussionist with the great Lazaro Ros and his group Olorun, in addition to touring with them internationally. He has participated in films, documentaries and recorded several albums, including as a guest of Chucho Valdes and Gonzalo Rubalcaba. What’s more, he is also the first-drummer and singer in the Bata ensemble, Fundamento. 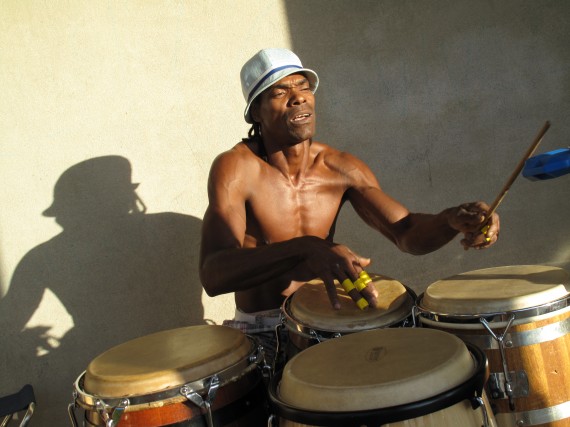 Secular and Sacred Songs from the Republic of Georgia

The Republic of Georgia has a rich and varied tradition of polyphonic singing that is at least 1000 years old. The folk songs are an oral tradition and include genres such as work songs, wedding songs and healing songs.

Traditional Dances of Hungary and Transylvania

Hungary has a rich inventory of traditional music that is respected well beyond its own borders. The dances are varied and are taught to a large public of all ages during workshops or live music dance evenings (tanchaz), which is another Hungarian tradition

Private or video lessons on request

Viviana sees Oriental dance as a unifying force in its traditional form, because it touches upon one’s deepest being. The dance remains both sacred and feminine for her. She recognises the therapeutic powers of dance and it is with this in mind that she transmits her knowledge.

Dhrupad is the oldest surviving classical musical tradition in North India. The accuracy of the voice of sound frequencies and micro-tones are the essence of Dhrupad.